What are the Signs and Symptoms of Obsessive Compulsive Disorder?

Posted on February 1, 2018 by Deepika Sharma 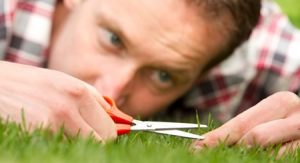 Mental disorder has many forms and one very common disorder is obsessive compulsive disorder of simply OCD. Obsessive Compulsive Disorder (OCD) is an anxiety disorder that can disrupt your life, and involves repetitive thoughts that won’t subside. It frequently starts in childhood and can last a person’s entire life. OCD is not an easy mental disorder to understand, and therefore it can be difficult for medical professionals to diagnose. You may think you have it, but having a comforting routine or being a perfectionist is different than having constant intrusive thoughts that guide your actions. For your better understanding of the diseases, we are here mentioning few very common symptoms of OCD that will help you to understand it better.

Compulsive Hand-Washing: Hand washing is definitely not a disorder but if someone continuously repeats this act even if it is not necessary then it is a sign that something is really not right. The urge commonly stems from a fear of germs (the most common obsession seen in OCD), but it also can be rooted in fears of making others sick or of being impure or immoral.

Overzealous Cleaning: People with OCD who fall into the “washers” category also tend to clean compulsively. With hand-washing, housecleaning is often a way of easing germ phobia or feelings of impurity. Although cleaning can help chase these obsessive thoughts away, the relief does not last, and the urge to clean is often even stronger the next time.

Checking Behaviour: Checking behaviours like returning three, four, or even 20 times to make sure the oven is off or the front door is locked are the most common compulsions associated with OCD, affecting nearly 30% of people with the disorder. Like other compulsive behaviours, checking can be driven by a variety of obsessions, ranging from a fear of getting hurt to deep-seated feelings of irresponsibility.

Counting: Some people with OCD perform tasks according to a certain numeric pattern or count to themselves as they do everyday things (such as climbing stairs or cleaning). These behaviors may be driven by superstitions. For instance, a belief that the number seven is good may lead someone to feel that they’ll hurt themselves or someone else if they don’t take seven steps at a time.

Organization: People with OCD can take organizing to the level of perfectionism. They just want everything to be organized at every inch of perfection and a small loophole can irritate them.

Fears of Violence: Everybody has fleeting thoughts about the possibility of being affected by violence or other misfortunes. The more we try to avoid thoughts like this, the more they pop into our heads, research shows and this appears to be especially true for people with OCD.

This entry was posted in Psychiatry and tagged Obsessive Compulsive Disorder, OCD signs and symptoms, OCD treatment in Delhi. Bookmark the permalink.